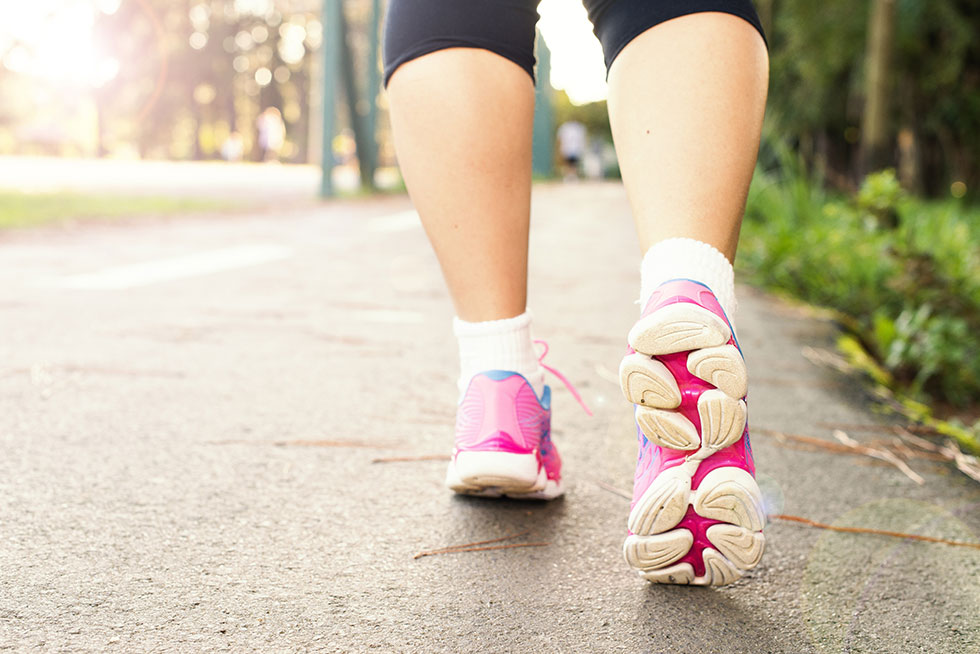 In the world of step goals and activity trackers, the number 10,000 can sound like a magic one.

A large body of evidence shows that physical activity is good for health and longevity, and many wearable devices that track the steps a person takes each day come preprogrammed with a daily goal of 10,000. But few studies have examined how many steps a day are associated with long-term health outcomes.

A new study led by investigators from Brigham and Women’s Hospital sought to address this knowledge gap by examining outcomes over an average of more than four years for older women in the Women’s Health Study who had measured their steps for a full week. The team reports that, among this cohort, as few as 4,400 steps a day was significantly associated with lower risk of death compared with taking 2,700 steps a day. Risk of death continued to decrease with more steps taken but leveled off at around 7,500 steps a day — less than the default goal in many wearables. The team’s results were presented Tuesday at the American College of Sports Medicine Annual Meeting and published in JAMA Internal Medicine.

“Taking 10,000 steps a day can sound daunting. But we find that even a modest increase in steps taken is tied to significantly lower mortality in older women,” said I-Min Lee, an epidemiologist in the Division of Preventive Medicine at the Brigham. “Our study adds to a growing understanding of the importance of physical activity for health, clarifies the number of steps related to lower mortality, and amplifies the message ‘step more.’ Even a little more is helpful.”

According to previous studies, the average American takes between 4,000 and 5,000 steps a day. The origin of the 10,000-step goal is unclear but may trace back to 1965, when a Japanese company began marketing a pedometer called amanpo-kei, which translates to “10,000 steps meter” in Japanese.

To conduct their study, Lee and her colleagues included participants from the Women’s Health Study, a randomized trial originally conducted to evaluate risk of cardiovascular disease and cancer among women taking low-dose aspirin and vitamin E. When the original trial ended, participants were invited to take part in a long-term observational study. For the present study of steps and health, almost 18,000 women were asked to wear an ActiGraph GT3X+ accelerometer device — a research-grade wearable — on their hips for seven consecutive days during all waking hours. The team analyzed 16,741 of the women who were compliant with wearing the device; their average age was 72.

The women were followed for an average of more than four years, during which time 504 of them died. Participants in the bottom 25 percent of steps walked (averaging 2,700 steps a day) were at the greatest risk of death, with 275 women dying. Those who walked a little more (an average of 4,400 a day) were at 41 percent lower risk of death. Risk of death continued to decrease with more steps walked, up to 7,500 steps per day, after which risk leveled off. The team also found that for women who walked the same number of steps a day, the intensity — how fast or slow they walked — was not associated with risk of death.

Due to the observational nature of the study, the authors cannot definitively separate causation from correlation (that is, determine whether more steps lower mortality or women in better health step more). However, the team did take several measures to try to ensure that the association was more likely causal than not, such as excluding women with heart disease, cancer, diabetes, and less than excellent or good self-rated health. The findings also are supported by previous experiments showing that physical activity causes beneficial changes in short-term markers of health such as blood pressure, insulin and glucose levels, lipid profile, inflammation, and more.