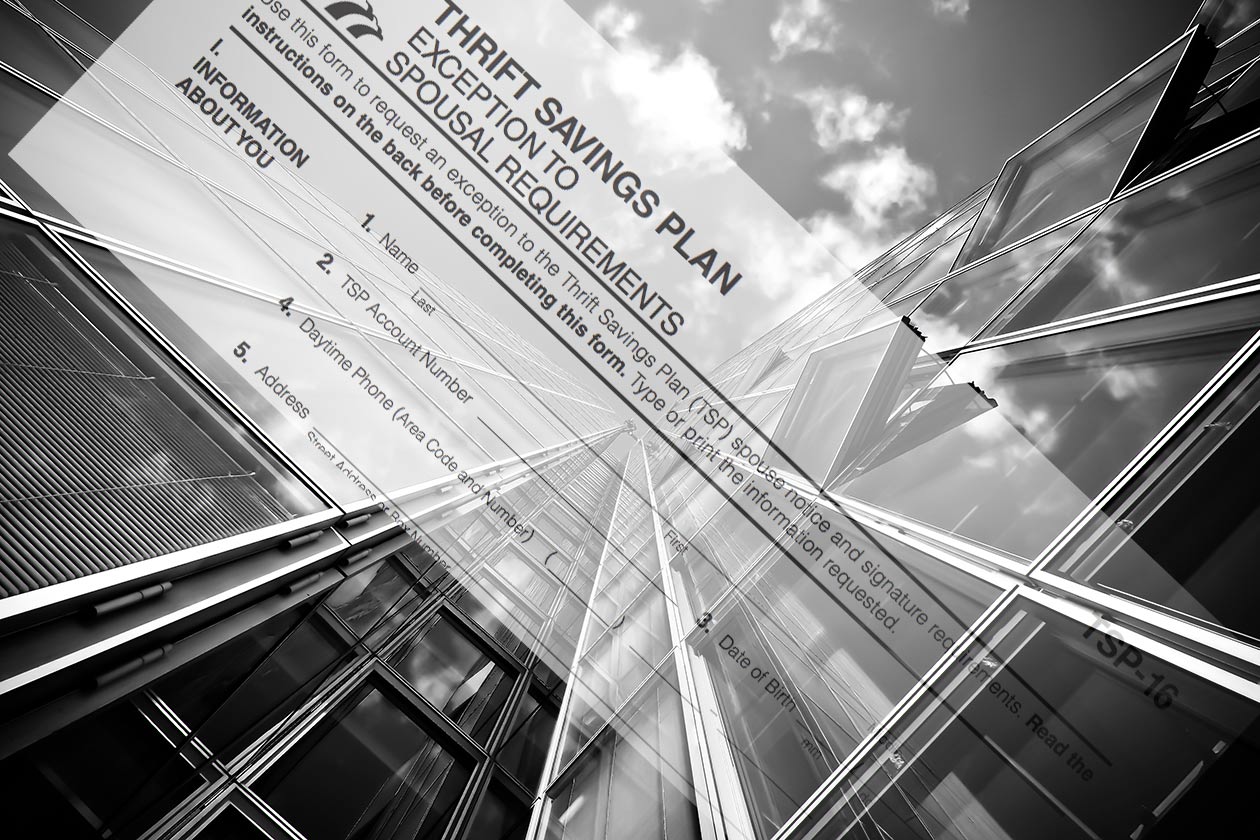 By 2020, federal employees with Thrift Savings Plan (TSP) accounts should have new withdrawal choices for their invested assets. New rules are scheduled to be implemented through the TSP Modernization Act, permitting TSP participants more flexibility.1

The TSP withdrawal rules have been strict for many years. Too strict, in the opinion of many – especially compared to the private-sector workplace retirement plans the TSP takes after. Once a federal worker makes a partial withdrawal, he or she is locked into three choices. Choice one is converting the remaining balance to a life annuity (which the federal worker must buy and which is not the same as a TSP monthly payment or the annuity the federal employee gets with a retirement package). Choice two is cashing out the remaining TSP balance. Choice three is arranging a sequence of monthly payments that may be altered only once a year.2,3

These restrictions often prompted federal employees and retiring service members to roll their TSPs into IRAs at retirement, even though investment fees for many IRAs exceeded those for the TSP.2

The TSP Modernization Act is a response to all this. It addresses two crucial issues. The new law strikes down the withdrawal election deadline, allowing TSP participants to arrange and revise the amount and frequency of their withdrawals whenever they want. It also removes the curbs on partial withdrawals.2,4

The new law makes one other noteworthy change: TSP participants who have made both traditional and Roth contributions no longer have to take them out pro rata or proportionally distributed. Soon they will gain the ability to specify how much of a withdrawal should come from Roth TSP assets and non-Roth TSP assets.1

The new rules will take time to roll out. Forms, web pages, and publications all need to be revised, and a public comment period on the changes is required by law. While some of these revision steps were taken pursuant to the passage of the TSP Modernization Act, some are forthcoming.1

Until the new rules are implemented, TSP participants must abide by the old rules. A TSP factsheet on the forthcoming withdrawal choices notes that TSP participants facing their withdrawal deadlines can choose monthly payments as low as $25 and let their remaining TSP balances sit until the new withdrawal options are available if their financial situations allow.1

TSP participants who have account balances when the new rules are in effect may take advantage of the expanded withdrawal options, even if they have made a partial withdrawal or already begun to receive monthly TSP account payments. Of course, if a participant changes the time period for his or her payments, there may be tax implications.1

The change in TSP withdrawal rules is welcome. In sum, federal workers will gain the ability to make multiple age-based withdrawals during their careers, and will still be able to make partial withdrawals once retired. As National Treasury Employees Union president Tony Reardon commented last year, “The rules for how federal employees can manage their accounts have not kept pace with the modern workforce, and these changes [make] the TSP a more attractive and user-friendly choice for employees and retirees.”4