A Brief History of Estate Taxes

Financial Principles To Live By 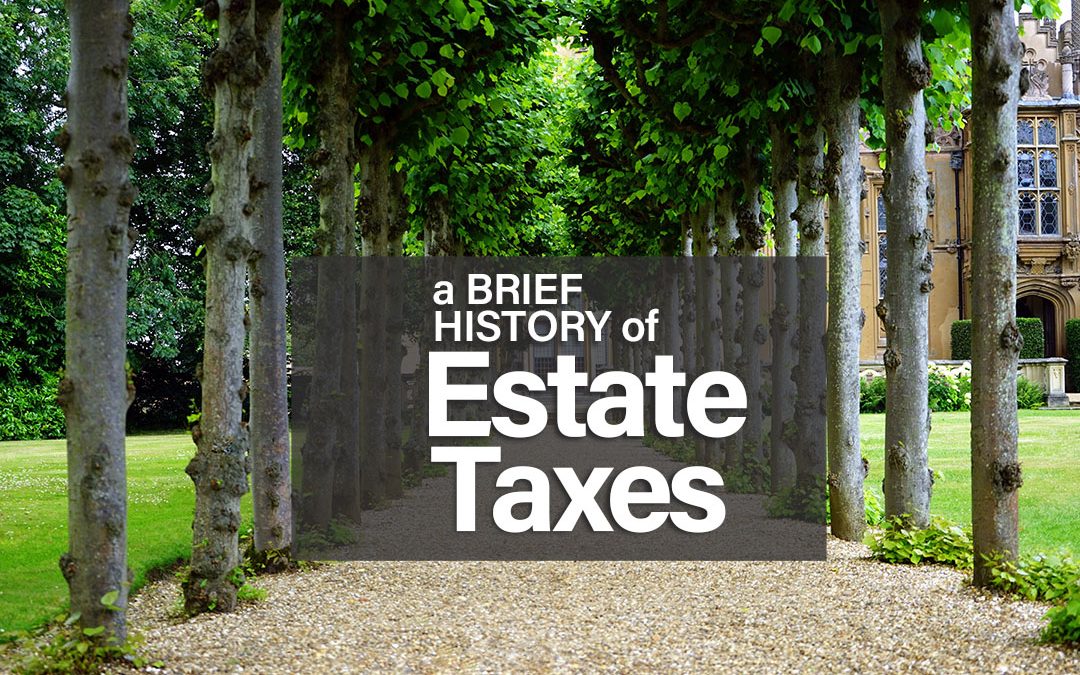 Federal estate taxes have been a source of funding for the federal government almost since the U.S. was founded.

In 1797, Congress instituted a system of federal stamps that were required on all wills offered for probate when property (land, homes) was transferred from one generation to the next. The revenue from these stamps was used to build the Navy for an undeclared war with France, which had begun in 1794. When the crisis ended in 1802, the tax was repealed.1

In 1898, a federal legacy tax was proposed to raise revenue for the Spanish-American War. This served as a precursor to modern estate taxes. It instituted tax rates that were graduated by the size of the estate. The end of the war came in 1902, and the legacy tax was repealed later that same year.1

In 1913, however, the 16th Amendment to the Constitution was ratified – the one that gives Congress the right to “lay and collect taxes on incomes, from whatever source derived.” This amendment paved the way for the Revenue Act of 1916, which established an estate tax that in one way or another, has been part of U.S. history since then.1

In 2010, the estate tax expired – briefly. But in December 2010, Congress passed the Tax Relief, Unemployment Insurance Reauthorization, and Job Creation Act of 2010. The new law retroactively imposed tax legislation on all estates settled in 2010.2

In 2012, the American Tax Relief Act made the estate tax a permanent part of the tax code.3

As part of the 2017 Tax Cuts and Jobs Act, estate tax rules were adjusted again. The estate tax exemption was raised to $11.2 million, a doubling of the $5.6 million that previously existed. Married couples were able to pass as much as $22.4 million to their heirs. As of 2022, that rate has risen to $12.06 million per individual (and $24.12 million for married couples). The Act is set to expire in 2025. If you’re uncertain about your estate strategy, it may be a good time to review the approach you currently have in place.4

Estate taxes typically account for about one percent of total federal revenue.5

Exemption through the Years 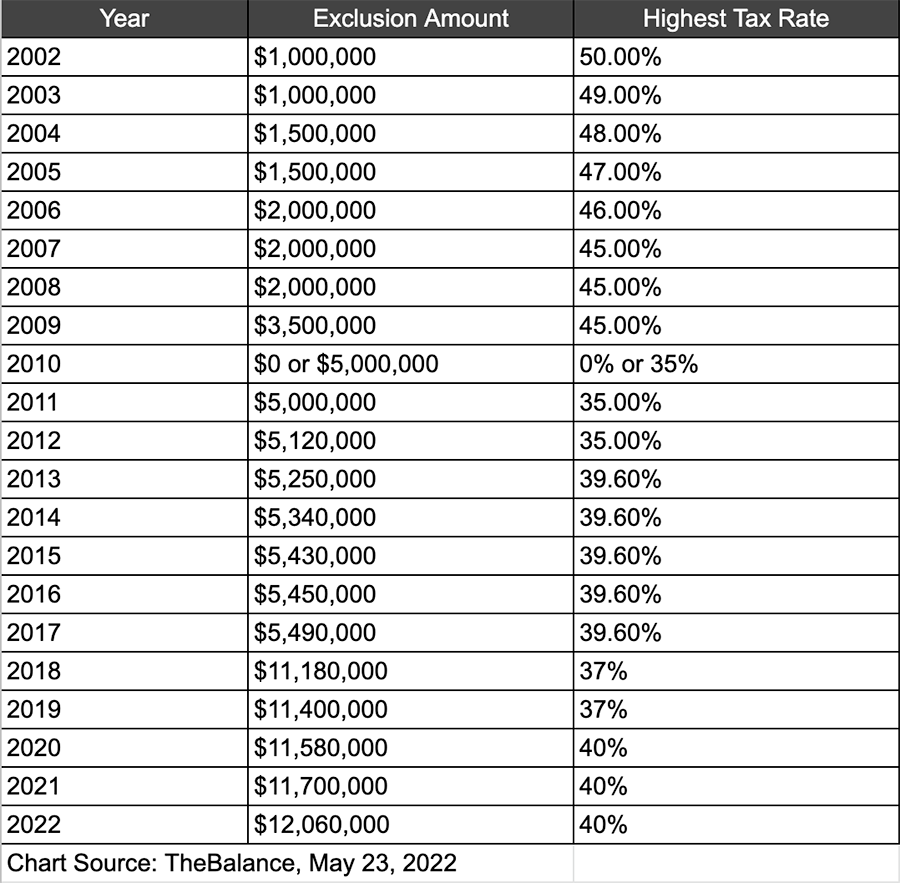 The content is developed from sources believed to be providing accurate information. The information in this material is not intended as tax or legal advice. It may not be used for the purpose of avoiding any federal tax penalties. Please consult legal or tax professionals for specific information regarding your individual situation. This material was developed and produced by FMG Suite to provide information on a topic that may be of interest. FMG Suite is not affiliated with the named broker-dealer, state- or SEC-registered investment advisory firm. The opinions expressed and material provided are for general information, and should not be considered a solicitation for the purchase or sale of any security. Copyright FMG Suite.