In 5 years of studying rich people, I found self-made millionaires have 7 habits that help them build wealth 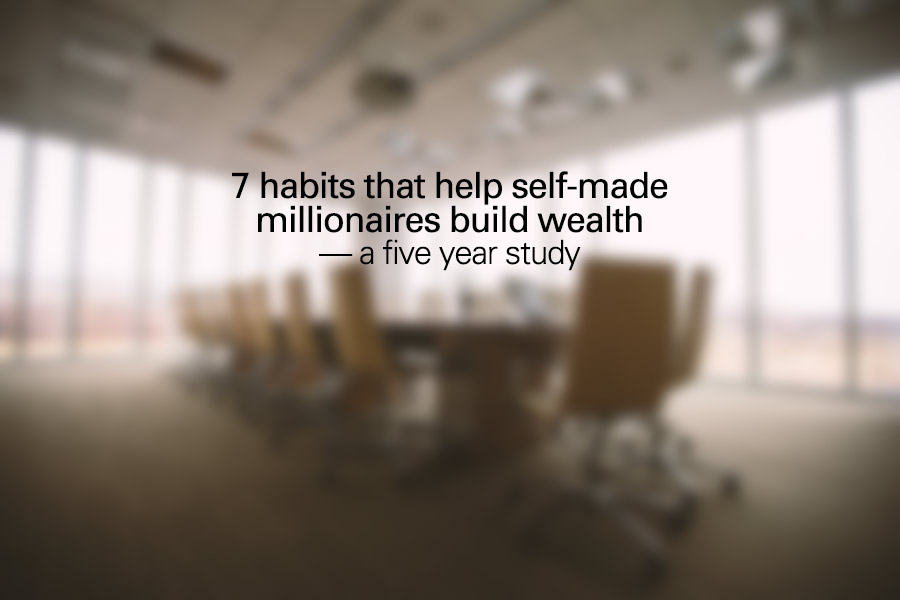 In my five-year Rich Habits study, I found that self-made millionaires fall into two categories: Risk-Takers and Savers.

Self-made millionaire Risk Takers are individuals who take some risk in the pursuit of wealth. They are typically business owners, entrepreneurs, aggressive investors in stocks or real estate — or they create some product or service that is so unique they are able to demand a significant premium in return for it.

Self-made millionaire Risk Takers were among the wealthiest in my study, with an average net worth of $7.4 million. Being a Risk Taker is only for the bold and courageous. It’s the high-risk path to wealth accumulation. It requires courage, persistence, cunning and a hard core work ethic.

It’s not for everyone.

Self-made millionaire Savers accumulate their wealth by living below their means, saving money, and then investing that money prudently. According to my Rich Habits research, this path to multi-millionaire status takes about 32 years. Savers typically are risk-averse, employed most of their lives, and have a low or moderate standard of living. Self-made millionaire Savers were among the least wealthy in my study, with an average net worth of $3.4 million.

But being a Saver is the risk-free way to building wealth. It’s the safe path to wealth accumulation. It requires discipline, diligence and adhering to a low to a modest lifestyle.

In my study, I found that all Savers have a specific money mindset. Below are some of the top money strategies of self-made millionaire Savers: